Sherrardspark Wood Wardens' Society is an independent voluntary group helping to care for the woods in accordance with the management plan of Welwyn Hatfield Borough Council (WHBC), which has been agreed with Natural England and the Forestry Commission with a view to keeping this Site of Special Scientific Interest in favourable condition.

Within ten years of founding of Welwyn Garden City, in 1929 the new community of residents was concerned about a plan to build over much of the existing woodland, and a round of "Save the Woods" campaigns was launched. Some of the earlier members of the Wood Wardens' Society had previously played a part in these campaigns in the 1930s and '40s, and in 1966 the Society was formally launched with a simple constitution and rules, to keep a watching brief on the woods. At that time wood wardens were not involved in woodland management and conservation work.

In 1996 two public meetings were held at which local residents indicated their concern over the felling of many large trees by an outside contractor. Wood Wardens offered to become proactive in the conservation work within the wood and this offer was accepted by the Council.  Initially the work parties consisted of 5 or 6 people attending for 2 hours on Sunday mornings only, but as our involvement grew, so did the membership.

After some years working on a small scale, it was agreed that a new structure was needed to reflect the growth in our membership and scope of our activities, and a new Constitution was the result. It set out the new rules and regulations of the Society, and aimed to improve the management structure. As well as the four officers of the Society, four sub-committees were introduced, each led by a chairman.  The Working Party Committee takes care of the working sessions in the woods, the Monitoring Committee reports regularly on the flora and fauna of the woods, the Publicity Committee arranges themed walks in the woods, and the internal Events Committee organises social events - a summer picnic for example, external visits to places of interest such as Kew, Hatfield Forest or Bayfordbury Pinetum, and of course Christmas lunch.

The present working parties take place on both Thursday and Sunday and more than 20 members regularly attend.

The Society puts much time and effort into the work it undertakes not only in Sherrardspark Wood but also when helping volunteers at other sites in the district. It also enjoys the social camaraderie that has been generated within its membership. In 2011 a Wood Wardens’ Walking Group was formed which offers a monthly walk rounded off by a pub lunch.

The year 2006 saw our 40th year anniversary. This was celebrated with an excellent picnic in Sherrardspark Wood and a Wood Wardens' commemorative bench was erected at Six Ways, a meeting of 6 paths within the wood.

In 2016 we celebrated our 50th anniversary. To mark this milestone we held an exhibition showing our role and involvement in Sherrardspark Wood in the last half a century. The event took place in the New Maynard Gallery in Welwyn Garden City's Campus West between 4 November and 3 December 2016. A special celebratory Christmas lunch as well as a festive pub outing crowned the celebrations. Please visit our picture gallery to see the photographs!

In 2019  the council entered Sherrardspark Wood in the woodlands category of the Anglia in Bloom competition.  We helped to get the wood looking its best for the judges' visit and provided supporting evidence for the council's submission.  Everyone was delighted when the wood won its vategory and was awarded a Gold Certificate. 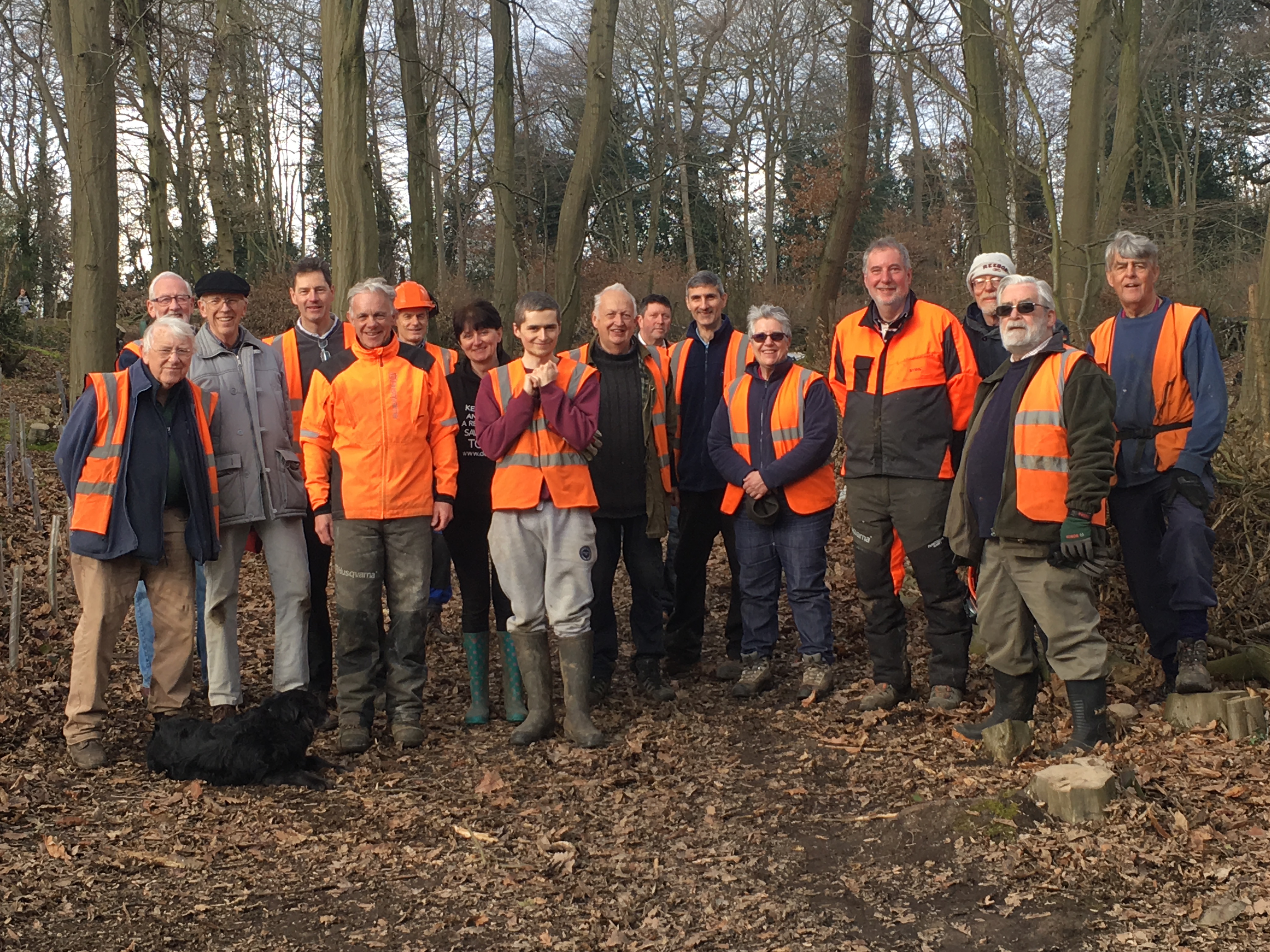